Singapore is no longer just a stop-over point for tourists catching connecting flights to beaches in Thailand and Bali.

More travelers are making the city state their final destination, in large part after ending a decades-old ban on casinos that’s helped to double the number of Chinese visitors to the country.
Tourism is proving to be one of the bright spots in Singapore’s otherwise sluggish economy. Official figures show income from tourism surged 25 percent in the four years since the first two casino resorts were opened in 2010 — flashy and modern complexes housing hotels, shopping malls and restaurants. Credit Suisse said last month that tourist arrivals this year will probably exceed forecasts from the Singapore Tourism Board, climbing as much as 8 percent to 16.5 million compared to 2015.

In Bali chinese love to party. 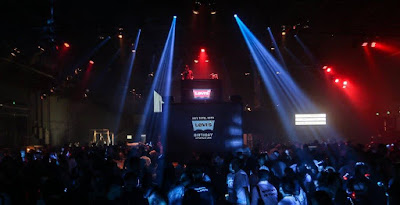